The Holy Synod of the Coptic Orthodox Church under the leadership of Pope Shenouda III met with seventy in attendance on Monday October 10, 2011 in the Papal residence in Cairo, Egypt to discuss the events of the prior day in front of Maspiro where at least 24 of our beloved children have been killed and at least 200 have been injured.

We ascertain that our Christian faith doesn't allow us to use violence of any kind. But we also know that strangers implanted themselves among our children and committed acts that are more suited to their morals. Coptic Christians feel that their problems are always being repeated without accountability and without the due justice of the law.

The Holy Synod invites all Coptic Christians to fast and pray for three days beginning Tuesday October 12, 2011 that God may bring his peace to our beloved country of Egypt.


Articles by Fr. Abraam Sleman of the Coptic Church of St. Mark, Jersey City, NJ
"O my soul, my soul! I am pained in my very heart! My heart makes a noise in me…" (Jeremiah 4:19, NKJV). "For the hurt of the daughter of my people I am hurt. I am mourning; Astonishment has taken hold of me. Is there no balm in Gilead, Is there no physician there? Why then is there no recovery for the health of the daughter of my people?" (Jeremiah 8:21-22, NKJV).

There are many calls in many ways to try to find a way out of the current crisis of tribulations, but we should be aware and believe that God alone is the Savior, and there is no use of doing anything without His personal intervention. The Lord says in the Book of Isaiah: "I, even I, am the Lord, And besides Me there is no savior." (Isaiah 43:11). "Behold, God is my salvation, I will trust and not be afraid; 'For Yah, the Lord, is my strength and song; He also has become my salvation.' Therefore with joy you will draw water From the wells of salvation." (Isaiah 12:2-3). 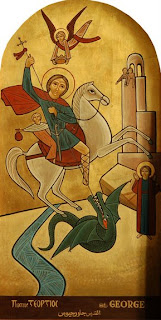 "Because those who see us die, wonder why we do, for we die like the men you revere, not like slaves or criminals. And when they find out, they join us." (Tertullian, 2nd Century Apologetic).

Happy Coptic New Year to you. On this first day of the Coptic New Year, the Year of the Martyrs, 1728, the church commemorates the faithfulness of these men, woman and children martyrs, whose blood indeed became the "seed of the Church" (Apologeticum, 1, Tertullian).

Posted by mikesl at 7:00 PM No comments:

Tasbeha.org had the chance to conduct an exclusive interview with Cantor Ibrahim Ayad who leads the cathedral chorus and teaches at several hymn institutes. The interview was broadcast live online on Tuesday, June 21, 2011 at 8pm EST.

Posted by mikesl at 8:18 AM No comments: 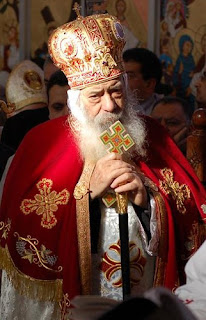 Posted by mikesl at 3:47 PM No comments:

A Message of Hope to the People of Egypt

We pray for Egypt in its time of turmoil and extend this message of hope to all.

Posted by mikesl at 6:41 PM No comments:

Read arabic and english articles.
Posted by mikesl at 4:58 PM No comments:

How Do We Confront Feelings of Fear by Rev. Fr. Tadros Malaty (Arabic)

Posted by mikesl at 4:30 AM No comments:

Posted by mikesl at 1:48 AM No comments:

Pray for the Peace of the Coptic Christian Church of Egypt 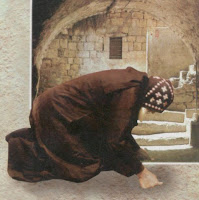 We share in sadness of Coptic and Christians worldwide for the murder of innocent Copts at the church of the Saints in Alexandria Egypt. We pray for the repose of their souls and for the healing to the injured. We pray for the peace of Christians in Egypt.
Posted by mikesl at 3:57 PM No comments: